Forklifts and their types 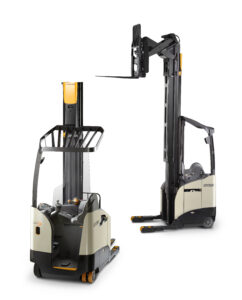 There is probably no person who would not see a forklift in their life. It is so widely used that it is impossible to miss it. It is worth getting to know the subject of forklifts, because they are one of the most desirable means of internal transport. When you have a warehouse, the area of which is not the smallest, it is difficult to do without this equipment. Their use is very wide and varies depending on the model and its specifications.

Construction of the device

This knowledge must be known to every user of the vehicle, although it might seem that it is needed only for the maintenance of the device or for its repair. Familiarization with the design of the supported device allows us to get to know its functioning better. One of the requirements when passing the exam allowing you to get UDT qualifications it is just having this knowledge.

Each type of forklift truck is different from each other, but their construction has common elements that form the basis. We distinguish: 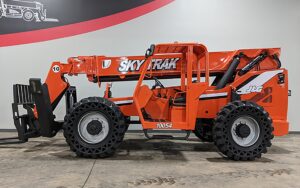 The construction of control elements does not differ too far from those that can be found in every car. The forklift is equipped with a steering wheel, throttle, brake, and sometimes even a clutch. The drive system can be a gearbox with a friction or torque converter, as well as a torque converter or a hydrostatic transmission. There are two gears (in both directions of travel, forward and backward): faster and slower gear. Although the wheelchair's control panel is similar to the car, the controls are definitely different. The forklift's turning radius is smaller. The load cart has a defined center of gravity, which may cause the equipment to fall when entering a bend at high speed and with a raised load. Therefore, the operation of this type of machines requires special training and authorization.

This type is one of the most used vehicles in the warehouse area. They are electrically powered and are used to move, rotate and lift objects. Their weight is relatively light compared to other trolleys, they allow you to work on smaller terrain and are very efficient. In their construction, we distinguish lower stringers and the front wheels placed on them.

Among the reach trucks, we can distinguish: 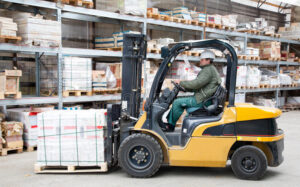 They are used to raise and lower loads to different heights. They are used in warehouses where loads are arranged according to the high storage system. There are several types of forklift trucks:

It is a type of forklift with variable reach, belonging to the group of specialized trucks. These devices are used in many industries: construction, agriculture, horticulture, industry and municipal works. They are multi-purpose and very efficient. Designed for the transport of all kinds of materials, their maximum lifting capacity is up to 22 tons. They can also be used for reloading pallets, and can also be converted into lifts that allow you to work at heights. They can lift the load up to 30m. We distinguish: 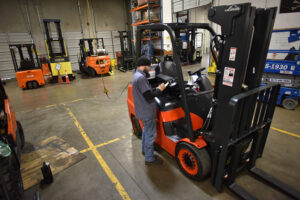 In order to be sure that the use of the device is completely safe, it should be subjected to technical tests and, if necessary, returned to the service for repair. These tests are aimed at determining the correct operation of the device.

How often should forklift inspections be carried out?

At the time of failure of the device, it is recommended to perform such tests immediately after its repair, even if the previous test was performed just before the failure occurred.

During the technical inspection, the maintenance technician's task is to check, among others:

« The use of mobile platforms
HDS cranes - structure, functions and application »
Sign up for training
Inquiry